Founded by Lady Augusta Gregory and William Butler Yeats in 1904, the Abbey Theatre has been celebrating the wonder of theatre and the joy of bringing artists and audiences together for over one hundred years.

Join us for an exclusive insight into the backstage world of Ireland’s national theatre in our intimate backstage tours. Get access to areas rarely seen by the public with our team of excellent tour guides who will lead you on an engaging journey through the many aspects that make up the Abbey Theatre and its productions. Visitors will get a chance to explore the set of the current play, see how our different departments come together to make the show, and learn about the cultural significance of the theatre and the site itself.

As we are a busy working theatre, our tours are scheduled to match the running dates of Abbey Theatre productions.

Cost Standard €12 per person or €10 concessions.

Other information Tours run every Monday, Wednesday, and Friday at 4pm, and Saturday at 11am (during the run of a performance).

We are located on the corner of Lower Abbey Street and Marlborough Street, a few minutes’ walk from O’Connell Street in the city centre and accessible by Bus, Dart, Train or Luas. 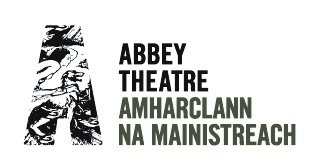 The Abbey Theatre, Dublin, has always been on its current site. Founded in 1904, it sits on the corner of Abbey Street and Marlborough Street in Dublin 1. There has been a theatre on this site since 1834, which until 1904 was known as the Mechanics Institute and hosted lectures and productions. The theatre became the Abbey Theatre in 1904 when the site was purchased by Annie Horniman and the lease was taken by W.B. Yeats and Lady Augusta Gregory. Due to a fire in 1951, the original building was destroyed and a new, modern building was erected in its place. This building, designed by Michael Scott & Associates, was opened on 18th July 1966. The building is in keeping with the modernist style popular in the 1960s, and has many modernist architectural features throughout. The Abbey auditorium was renovated in 2007 and designed by Jean-Guy LeCat, it is now a very modern auditorium with sharply raked seating and no sightline issues with a capacity of 494.