Tours of the Theatre Royal Haymarket offers the perfect opportunity to delve back over 300 years of history, from its beginnings as the The Little Theatre in the Hay through the colourful past and various reincarnations led, most impressively, by the architect John Nash in the early 19th Century. Explore the Theatre, visit backstage briefly, and the famous No.1 Dressing Room, where possible.

Tour dates: Dates and times are by prior arrangement with the theatre.

The Theatre Royal Haymarket is located in the heart of London’s West End. The nearest London Underground station is Piccadilly Circus (Bakerloo, Piccadilly lines) or Charing Cross Station (Northern and Circle lines). There are bus stops located directly outside the theatre which service most areas of London.

For further information on parking and directions please see the theatre’s website. 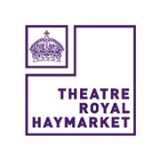 The First Haymarket Theatre, or Little Theatre, was built in 1720 on the site of The King's Head Inn in the Haymarket. In 1766-7 a royal patent was bought making the Haymarket London’s third patent theatre alongside Theatre Royal Drury Lane and Theatre Royal Covent Garden (today the Royal Opera House).

The present Theatre Royal Haymarket was designed in 1820 by John Nash. The main front feature of Nash's elevation in the Haymarket is a pedimented portico of six Corinthian columns which extends in depth to the edge of the pavement and includes the whole frontage.

Management of the Haymarket Theatre has changed many times in its history. In 1879 the house was taken over by the Bancrofts while Herbert Beerbohm Tree later took over and installed electric light in the theatre. Under Tree's management, Oscar Wilde premiered his first comedy A Woman of No Importance (April 1893) and An Ideal Husband (1895).

The Grade I listed theatre was restored in 1994 but the interior is one of the most brilliantly preserved in London and some traces of old stage machinery can still be seen.