Who are some of The Old Vic’s most famous patrons? What happened to the fourth level of the theatre? Are there any ghosts lurking backstage? Acting legends from Laurence Olivier to Judi Dench to Ian McKellen have all trodden the boards at The Old Vic. For a chance to follow in their footsteps, hear about The Old Vic’s fascinating past and see the theatre in a new light, book a tour with Stage Door Manager Ned Seago.

Ned's Tours
Duration 75 minutes. Tour Information.
How to book Booking in advance or online is recommended. For more information phone 0844 871 7628 or email.
Cost £10, £8 (concessions).
Other information Bespoke tours for groups can be arranged, as well as adapted tours for people with access requirements. Please note that standard tours are not step-free.

The Old Vic is located in south London and is easily accessible on foot and by public transport. The nearest London Underground lines are Southwark (Jubille Line) and Waterloo (Northern Line and National Rail). 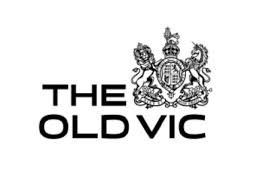 The Old Vic, as it is now known, first opens on 11 May 1818 at a cost of £12,000 with design by architect Rudolph Cabanel. Building work had commenced two years earlier after Prince Leopold of Saxe-Coburg and Princess Charlotte of Wales laid the foundation stone. Some of the material for the new theatre, named the Royal Coburg, is recycled from the original Savoy Palace on the Strand. In the 1830s Edmund Kean played Richard III, Othello, Macbeth and King Lear during a six-night engagement. He tells a rowdy audience: ‘In my life I have never acted to such a set of ignorant, unmitigated brutes as I have before me’. In 1833 the theatre went through a refurbishment and was renamed The Royal Victoria, in honour of Princess (later Queen) Victoria.

The history of The Old Vic was not always happy. London theatres were prone to fire and in 1858 a stampede ensued when an audience member called a false alarm in the theatre’s upper gallery. Sixteen people were killed as a result.

By 1871 the theatre was put up for auction and sold to new owners who commission an entire reconstruction of the interiors by architect Jethro T Robinson, resulting in the removal of the upper gallery. The Old Vic is today one of the only two surviving examples of Robinson’s work. Back in 1871, the theatre is rebranded and reopened as The New Victoria Palace in an attempt to shed earlier misfortunes but financial troubles persist and it is twice put up for sale during the decade.

In 1898, Lilian Baylis was appointed acting manager aged only 23. The theatre ran a number of successful plays throughout the early-20th century and in 1962 Lawrence Olivier was appointed first director of the National Theatre. The Old Vic governors agree to offer the theatre as its temporary home. The following year The Old Vic company disbanded and the National opened with Hamlet, starring Peter O’Toole. Over the next 13 years company regulars include Albert Finney, Anthony Hopkins, Geraldine McEwan, Joan Plowright and Maggie Smith.

Today The Old Vic is supervised by Artistic Director, Kevin Spacey, and continues to have a successful run of plays and musicals.